Full Name
L. Gregory Jones
Job Title
President
Company
Belmont University
Speaker Bio
L. Gregory Jones is president of Belmont University, a position he has held since June 1, 2021. He was educated at the University of Denver (B.A. and M.P.A.) and Duke University (M.Div. and Ph.D.). He holds honorary doctorates from Lycoming College and North Carolina Wesleyan University. He is committed to serving in the Nashville and middle Tennessee region to strengthen partnerships and cultivate flourishing across the region.

Greg previously served as dean of Duke Divinity School (1997-2010 and 2018-21). Between 2010 and 2018, Greg served in a variety of roles, including vice president and vice provost for global strategy and programs at Duke University, and also as provost and EVP of Baylor University. He is the author or editor of 19 books and has written more than 200 essays/articles. He is known for books on forgiveness (Embodying Forgiveness and as co-author Forgiving as We’ve Been Forgiven), Christian leadership (co-authoring Resurrecting Excellence), and social innovation (Christian Social Innovation). His most recent book is the co-authored Navigating the Future: Traditioned Innovation for Wilder Seas (2021).

Greg is known as a leader and strategist whose creative engagement has helped institutions across the world and in local communities to create transformational resource models. Greg’s global imagination has guided business, education, and religious leaders in Africa, Asia, Europe, and the United States. Greg has a particular gift for incubating talent, ideas, and networks across disciplines and sectors. He is passionate about reshaping cultures within and across organizations and coined the term "traditioned innovation" to capture how he reframes complex challenges to seize significant opportunities. 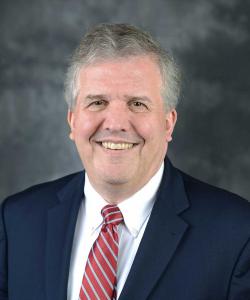